Jason Willer is a professional musician, composer and drum instructor based out of Oakland California

Jason Willer became aware of his passion for drumming at the age of 10, when he’d bang on empty buckets. At age 15, Jason founded numerous punk bands including the Enemies which were on Lookout! Records along with label mates Green Day and Rancid.

In 2001, Jason began drumming for one of Britain’s original punk bands the UK Subs, which led to sold-out shows and international touring. This began his relationship with Cleopatra Records  leading to a career as touring drummer for veteran heritage artists in seminal bands from a diverse range of genres including Nik Turner from Hawkwind, Jello Biafra from Dead Kennedys, Zounds, The Mob, and experimental krautrock band Brainticket.

In 2004 he moved to Germany, where he started the punk/deathrock band Cross Stitched Eyes which are on legendary punk label Alternative Tentacles.

In 2008 he started the dark punk band Alaric on the record label 20 Buck Spin and Neurot Recordings founded by the influential post-metal band Neurosis.

Jason not only plays drums in the aforementioned bands but has also written songs for many including the UK Subs, Nik Turner, Brainticket, Cross Stitched Eyes, Alaric, and others. Although his focus is drums Jason is a multi-instumentalist with a passion for composition who believes that all musicians including drummers should focus on serving the music.

Jello Biafra and the Guantanamo School of Medicine -since 2016 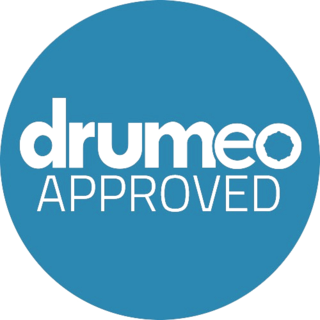 Jason is a drumeo certified instructor who specializes in

-How to apply rudiments musically around the kit

-How to learn and play along to songs using breakdown methods

-Having fun and building a healthy relationship to the drum set.